Scientists have found a new way to calculate your dogs age. Even young children often know how to work out a dog’s ‘real’ age using the well known method. Simply multiply their ‘dog’ age by 7 and you’ll find out their ‘human’ age. But, it turns out that this calculation isn’t supported by science. It may have just been a marketing ploy from back in the 1950s.

However, there is a new equation to help you work out your dog’s age. Pioneered by researchers at the University of California, it’s a little more complex than just multiplying by seven. Although dogs go through similar stages of life as we do, such as puberty and middle-age, dogs age much faster than humans. This is especially true of larger breeds of dog that age quicker than smaller breeds. A fact that has baffled scientists for many years. 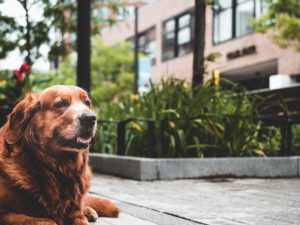 The new equation takes into account the ageing DNA of a dog. In both humans and dogs, DNA undergoes chemical modifications as the body ages. Scientists have concluded that these chemical changes in DNA can track biological age. It focuses on methyl groups being added to specific DNA sequences and is known as an epigenetic clock. It could even be used to predict life expectancy more accurately in the future.

By comparing the epigenetic clock of humans and dogs, researchers were able to come up with a more accurate estimation of the age of our four-legged friends. Although not directly involved with this research, Matt Kaeberlein of the University of Washington in Seattle told Science Mag:

“We already knew that dogs get the same diseases and functional declines of ageing that humans do, and this work provides evidence that similar molecular changes are also occurring during ageing.”

To use the new formula to work out your dog’s age, you’ll need to multiply the natural logarithm of your dog’s age (use this calculator to help find that figure) by 16 and then add 31. Bear in mind that the study only looked at Labrador retrievers. Therefore the number may vary slightly depending on what breed of dog you have.