Study reveals cats are just as loyal as dogs

Cats have long had a reputation of being aloof and detached from humans but a new study conducted by researchers at Oregon State University has revealed that cats are just as loyal as dogs and children.

The research team used a method that was first devised in the 1970s to look at the bonds between parents and infants. The study involved a group of 108 felines and their owners, with 70 kittens and 38 adult cats being evaluated. During the experiment, the cats were taken into an unfamiliar room alongside their owners. Here they stayed for two minutes before their owners then left them alone in the room for a further two minutes before returning. Their behaviour and reactions were assessed during each stage.

They found that most of the cats reacted in the same way that children and dogs do when they are suddenly left unaccompanied in an unknown room, with 64.3% of the cats showing signs of ‘secure attachment’. This figure is in fact higher than the figure shown by dogs during similar studies. In previous research, 65% of children showed signs of secure attachment compared with only 58% of dogs showing this response. 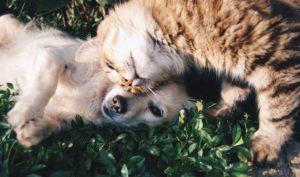 “Your cat is depending on you to feel secure when they are stressed.”

Vitale said: “Cats that are insecure can be likely to run and hide or seem to act aloof. There’s long been a biased way of thinking that all cats behave in this way. But the majority of cats use their owner as a source of security.”

You can read the study in full in the journal Current Biology.