The popularity of pugs is ever increasing; whether you’re seeing them with their celebrity counterparts in paparazzi photos, or just waddling around in your local park, they seem to be everywhere! Not that we’re complaining – pugs are adorable, comical little companions that deserve all the recognition they can get, so here are 10 interesting facts about them (and lots of cute photos):

2.) Pugs were brought from China to Europe in the 16th Century.

3.) Back in the 19th Century, Queen Victoria had a passion for pugs and was known to own several.

4.) The pug is the official dog of the House of Orange. This came about in 1592, after a pug named Pompey saved the life of the Prince of Orange.

5.) The wrinkles on their face need cleaning regularly. If not cleaned, a condition called skin fold dermatitis can develop.

6.) The pug breed is often described as the Latin phrase “multum in parvo”, meaning “much in little”, which refers to the pug’s big personality, despite its small size.

7.) Pugs are commonly known as being rather lazy – they sleep for about 14 hours a day on average.

8.) In the 16th/17th Century, pugs were known to ride up in the front of private carriages, often dressed in jackets that matched the coachman.

9.) A group of pugs is called a grumble.

Please seek professional advice before assuming that your pug can fly anywhere – routes for pugs by air are restrictive, for their safety, as flying can be a higher risk for this breed. 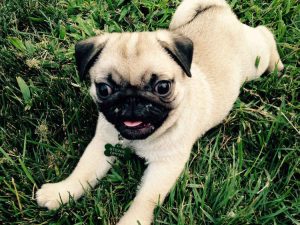 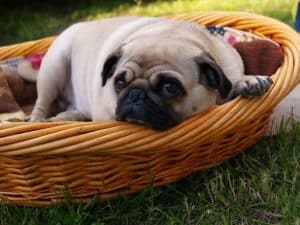 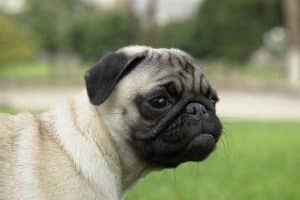 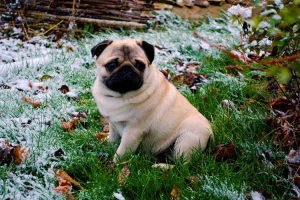 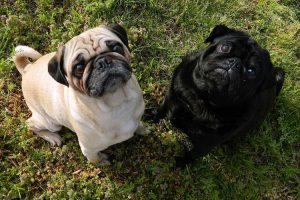