5 diseases pets can pick up from humans

Known as “reverse zoonosis”, occurrences tend to be rare but are a possibility. The most common type of illness being bacterial followed by viral, parasitic and fungal. Read on to discover the diseases we’re most likely to pass on to our pets.

Salmonella is often associated with food poisoning and is a bacterial infection that causes vomiting and diarrhoea that can be passed from humans to pets. To reduce the chances of your pet catching salmonella, take extra care to wash your hands after using the bathroom, stop your dog from drinking from the toilet water and if you know that your salmonella was food-borne then avoid letting your pet get near any leftovers.

Thanks to the MMR vaccine, mumps is now rarely seen. However, there were still over 200 hundred cases in the UK during the first quarter of the year. Mumps can cause headaches and fever in dogs and humans, as well as painful swelling of the glands in the neck. It’s important to keep any family members diagnosed with mumps away from pets, as it is highly contagious. 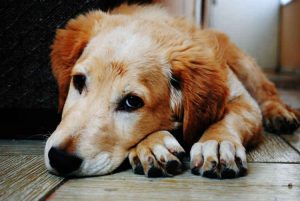 MRSA is usually associated with a hospital stay and cases in animals are thought to be extremely rare.  The British Small Animal Veterinary Association has published some guidelines to help avoid the spread of the disease.

Ringworm is a skin infection caused by a fungus and is thought to be the most common disease that pets and their owners pass on to each other.. In cats and dogs it can cause baldness in circular patches. Pets can catch ringworm by coming into direct contact with an infected human or via any contaminated objects like towels or clothes.

Giardasis is a waterborne infection that can cause diarrhoea. It spreads through contact with faeces and water such as wells, lakes and streams as well as drinking water.

To keep everyone in your household, human or animal, safe and healthy, always practice good hygiene by washing your hands frequently and discourage your pet from licking your face.