Whether you’re watching the 1961 animated version or the 1996 live-action film, there’s no denying the effect this endearing bunch of spotted puppies has on people. With it’s undeniably British characters like, Captain, Colonel & Sergeant Tibbs, and its brilliantly named villainess, Cruella De Vil, this movie was destined to be a classic from the word go. Whose childhood dreams didn’t end with releasing a hit song, buying a ‘big place in the country’ and living out your days surrounded by 101 four-legged friends?

Not one for the emotionally frail, Marley and Me can make even the toughest among us cry like a baby. Marley and Me is a truly wonderful reminder of how solidly a dog can become a member of the family.

The tagline alone sells this film to us: “Ever wonder what your pets do when you’re not at home?”. A comedy classic that’s fun for all ages, The Secret Life of Pets follows the story of spoiled terrier Max, whose life is turned upside down when his owner adopts Duke, a mongrel from the local pound. 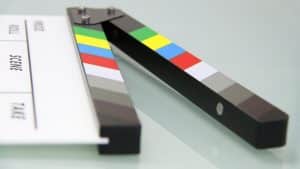 The classic animated musical comedy from the masters at Disney will put a smile on anyone’s face. The New York Times called it “funny, warm and sweet” and its cast of loveable kittens will have you nodding in agreement. The story revolves around a high-society cat and her adorable kittens who are kidnapped by the villainous butler and dumped in the countryside after inheriting their eccentric owner’s millions. With the help of smooth-talking tomcat O’Malley, they try to find their way back home to Paris.

This 90’s American classic is a charming movie that follows two pet dogs and a cat that manage to get themselves lost in the wilderness ofCalifornia. Along the way they encounter bears, mountain lions and a porcupine and have a near miss with the pound. But fear not, there’s a happy ending at the end of this heart-warming tale.