Why Having a Pet is Good for You

They Improve Your Mood

Stress can cause headaches, difficulty sleeping and muscle pain, among other things. Taking time out of your day to give your dog some fuss or give your cat a cuddle goes a long way in reducing stress levels and generally improving your mood. Studies have shown that spending time with your pet can actually increase your levels of serotonin and dopamine, which are chemicals linked with relaxation and happiness.

They’re Good for Your Heart

Pet owners have a lower risk of dying from heart failure/heart attacks. One study, carried out over 20 years, showed that people who never owned a cat were 40% more likely to die of a heart attack than those who had owned one! Other studies have also shown that heart attack survivors and people with serious heart conditions who own dogs live longer than people who have the same health problems but don’t have pets. 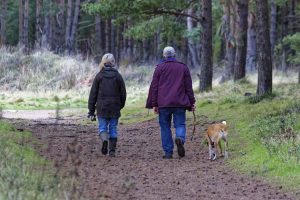 Researchers have found that pet owners can have lower levels of cholesterol and triglycerides than people who don’t own pets, which could link to lifestyle factors of pet owners. Studies have also shown that cat owners have less strokes than people who don’t own a cat. Researchers have speculated that this might be because cats have a stronger calming effect than other animals do.

They Can Keep You Fit & Healthy

The NHS advises that adults should do at least 150 minutes of ‘moderate aerobic activity’ (such as fast walking) every week. Dog walkers are generally advised to walk their dogs for at least 15 minutes twice a day, which inevitably makes it a lot easier and far more likely for dog owners to stay fit! You could make your daily walks even more rewarding by stretching it out further and jogging alongside your dog – it really benefits you both.

Petting your dog or cat can also lower your blood pressure! In one study, stockbrokers who adopted a dog or a cat had lower blood pressure in stressful situations than people without pets did.