Dogs and cats travel between UK and Europe all the time and as Europe has fewer cases of rabies now than 30 years ago, it is a welcome treat that pets can travel so easily.

As of January 1st 2021 there have been some changes to the requirement for European pet travel, read more about these here.

Step 1: Your dog or cat needs a microchip.

Step 3: Your vet issues you with a pet passport to confirm the date the rabies vaccine was administered. The pet passport is no longer a sufficient document for travel.

Step 4: If your pet is travelling by plane, then the airlines demand that they are checked within 10 days of the flight to ensure that they are fit and healthy

PetAir UK is run and owned by vets, so we are perfectly placed to help you with all aspects of any journey to Europe. European countries no longer accept the pet passport, and some European countries have extra rules for pet travel:

Cyprus and Greece ask that dogs and cats travelling there are treated against ticks and tapeworms 24-48 hours before they check in for their flight.

Switzerland is in Europe but not in the EU, so the Swiss have similar rules for the importation of pets to the rest of Europe, but they will not allow dogs with docked tails into the country.

If you have not owned your pet for more than 6 months, your pet is under 6 months old, you are changing ownership (i.e. if you are rescuing an animal from abroad) or you cannot travel within 5 days either side of your pets movement, then please do contact us for further information.

Flying pets to Europe is both simple and tricky. The veterinary requirements are simple, but the logistics and planning can be complicated, as many European airports only accept pets landing at certain times, so the number of flights PetAir UK can use to fly your dog or cat to Europe are limited. Also, the planes used for travel from the UK to Europe are often smaller, and so larger dogs can only travel on certain flights.

At PetAir UK, we’re very experienced at flying pets to Europe and we can plan around all the little rules and regulations to ensure your pets travel comfortably and safely. 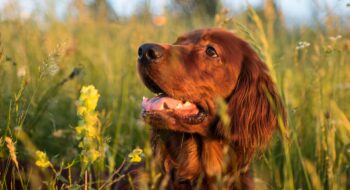 Where to take your dog in Geneva, Switzerland

Home to some of the world’s biggest companies and financial institutions, Geneva is a city paved in gold. A place of beautiful architecture, sitting on the glistening edge of Lake Geneva, this is a city of dog lovers. A lot of luxury hotels allow pets to stay. Travelling with dogs is also fairly simple as… 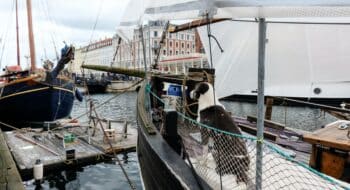 Where to take your dog in Copenhagen

The Danish capital was once a thriving Viking fishing village and is now a major cultural hub. From forward-thinking globally acclaimed dining to the effortless style of its citizens, Copenhagen has put cool on the map. With over half a million households in Denmark owning a dog, you’ll be in good company in this city…. 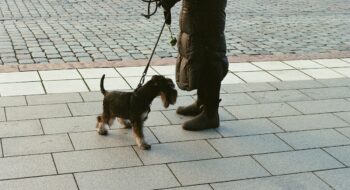 Where to take your dog in Stockholm

Spread across 14 islands, Stockholm is a capital city of wonders. Connected by bridges, ferries and a fantastic public transport system, it’s also compact enough to explore on foot. If train travel is more your style, there are dog-friendly carriages that you can use. The city seamlessly fuses its modern and contemporary aspects with its…