Alabama Rot: What You Need to Know

Alabama Rot, which is clinically known as idiopathic cutaneous and renal glomerular vasculopathy (CRGV), is a disease than can be fatal to dogs. It was first identified in greyhounds in the US during the 1980’s and was thought to be confined to this breed. However, in 2012, the first cases were identified in the UK and the disease had affected a range of breeds. The disease seen in the UK does not seem to target any specific breed/weight/sex/age of dog.

Alabama Rot was largely confined to the South of England, but other cases have now been confirmed in the Midlands, Wales, Scotland and Ireland. A Hampshire veterinary practice reported in March 2015 that there have been 103 suspected cases in the UK.

What does “idiopathic cutaneous and renal glomerular vasculopathy” mean exactly? 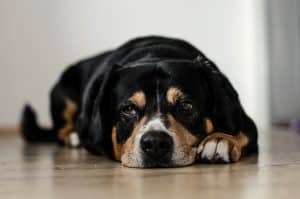 What are the signs & symptoms?

Sores/Skin Lesions – The initial sign of this disease is a sore on the skin that hasn’t been caused by any known injury. The sores will appear as a distinct swelling, a red patch of skin, or ulcer-like and are most commonly found below the elbow, knee or on paws.

Kidney failure – Over the next 2-10 days’ dogs will develop signs of kidney failure which can include vomiting, a reduced appetite and unusual tiredness.

What can I do to prevent my dog getting Alabama Rot?

Unfortunately, as the cause of Alabama Rot (CRGV) is still unknown, there is no sure way of preventing your dog from contracting it. Nevertheless, being aware of the warning signs is key in treating the disease as quickly as possible. David Walker, one of Britain’s experts on Alabama Rot said “There is a suggestion that there is an environmental factor, we don’t have clear evidence to back that up, but it can’t not help to wash down your dog after a walk.”

If you notice ANY of the symptoms listed or are concerned about your dog in any way, contact your vet immediately. It is always better to be safe than sorry. If your dog has become infected by Alabama Rot, the best chance of getting them healthy again comes from early and intensive veterinary care.