Benefits of adopting an older dog

When thinking about getting a dog, it’s natural for most people to first consider a puppy. It’s quite easy to picture bringing home an adorable little puppy. You can imagine watching it tumble around your house being a mischievous ball of cuteness. But there are many benefits to adopting an older dog that you may not have considered.

Puppies require a lot of time and attention

An older dog might be a good choice for someone that doesn’t have the time and dedication required for new puppy. Puppies require a lot of training in order to get them to behave in a certain way and to understand simple commands.

You can get the breed you want

Puppies can be rather expensive so if you’ve always wanted a particular breed then rehoming an older dog might be a great way to get around this if you are short on cash. You also won’t have any surprises in terms of its size as it will likely already be fully grown. 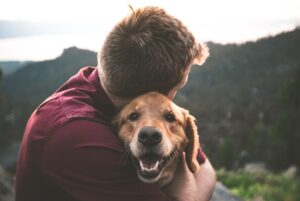 Not all older dogs are ‘problem’ dogs

Some older dogs require rehoming due to behavioural issues or medical problems that the owners just can’t cope with. However, many older dogs are just victims of a change in circumstance of their previous owners. There might have been a change of job or a house move. Maybe a baby or grandparent with allergies was welcomed into the house and the dog had to leave.

It’s highly likely that an older dog will come with a certain level of training already. They are bound to have a bit more awareness of how to behave than a puppy, even if they don’t recognise any specific commands. The common calls of ‘sit’ and ‘stay’ are the ones that are most likely to know and anything else is a bonus. There’s a chance they are less likely to pull on the lead when being walked too.

Older dogs tend to be less excitable (although there are always exceptions!). They’ll likely need less exercise than a younger dog too. This makes an older dog a great choice for an elderly owner or someone who is less active for whatever reason.

So if you’re thinking about getting a new dog, consider adopting an older dog instead first.