2.) Heard that age-old ‘fact’ that dogs are colour blind? Well, it’s a myth, dogs just don’t see colour as intensely as humans do. Not so black and white, after all.

3.) Newfoundland dogs have webbed feet and a water-resistant coat, which makes them superb swimmers.

4.) The tallest dog ever was Zeus from the USA. He was 44 inches tall at the shoulder, and 7ft 4in tall on his hind legs.

5.) Dogs can smell diseases such as cancer and diabetes. They have the ability to smell a range of organic compounds that show something is wrong with your body. 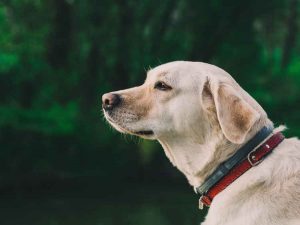 6.) It may look cute when your dog curls up to go to sleep, but they’re actually doing it instinctively to protect their vital organs.

7.) A dog sweats through its paws.

9.) They can hear about 4 times the distance of a human. That’s why they always seem to know when someone is approaching the house way before you do.

10.) At one year of age, dogs have the same level of physical development as a 15-year-old human.

3.) Cats can’t climb head first down a tree; they have to back down because all of their claws point the same way.

4.) There are more than 500 million domestic cats in the world!

5.) A cat’s brain is 90% similar to a human’s brain and they have nearly identical sections of the brain that control emotion. You’re closer to your cat than you think. 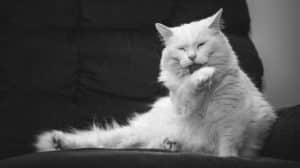 6.) Like dogs, cats only sweat through their foot pads.

7.) Cats have a lot of scent glands! They’re along their tail, forehead, lips, chin and the bottom of their front paws.

8.) Ever wonder why your cat sometimes furiously washes itself after you’ve stroked them? They’re trying to get your scent off them.

9.) And it may seem sweet when your cat rubs against your legs, but they’re doing it to mark their territory.

5.) The Mayor of Alaska has been a cat for over 15 years. His name is Mayor Stubbs.