Cats always land on their feet

The vestibular apparatus within a cat’s ear (which controls balance and orientation) and their unique skeletal structure, consisting of no collarbone and a very flexible spine, allows them to correct their position as they fall – when there is enough time. They can ‘parachute’ themselves out much like flying squirrels, because, like them, cats have a low body-volume-to-weight ratio which allows them to slow their velocity during a freefall. Although they are usually able to correct their body position, they do not always land on their feet and can still get serious injuries.

WATCH an interesting video from National Geographic about cats landing on their feet:https://www.youtube.com/watch?v=y2OCwQJSHZM

This simply isn’t true. You don’t need to stay away from cats while pregnant, but, it’s wise NOT to go near the litter box and change the cat litter. Cat faeces can carry a parasite which causes an infection called toxoplasmosis. It can also be contracted by handling or eating raw, undercooked or cured contaminated meats or contaminated food. The infection often has no symptoms and once you’ve gotten it, most people are immune for the rest of their lives. However, it can be serious for pregnant women, so it’s best to get someone else on the cat litter duty during your pregnancy! 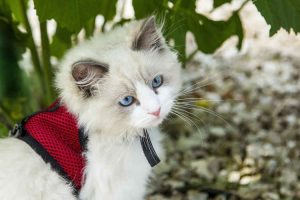 Cats only purr when they’re happy

Although cats mainly purr because they are feeling happy, content and relaxed, some cats also purr when they are scared, stressed or injured. They will most likely do this to calm and soothe themselves in stressful situations; much like humans will soothe themselves by crying or distracting their mind with something else.

This is certainly true for some cats, but you can’t generalize it to all. Your cat will probably HATE a having their body fully immersed in water, however a lot of house cats are fascinated by dripping taps, showers and hose pipes – often playing with the running water. There is one breed, The Turkish Van cat, who has a naturally water resistant coat and loves water. They can swim very happily for relatively long periods of time, and still come out fairly dry!

WATCH this heartwarming video of a 6-year-old autistic girl who has an amazing bond with her cat (he sits in the bath with her!): https://www.youtube.com/watch?v=_qjVYHUMsRQ

The domestic house cat is actually crepuscular, meaning that they are active primarily during the twilight hours; so at dawn and dusk. They generally tend to sleep at night and lounge around/lay low during midday to keep cool. It’s quite interesting to note that during bright moonlit nights and overcast days when it’s dreary and cloudy, a crepuscular cat can be enticed into activity.