How cats conquered the world

A comprehensive new study of ancient cat skeletons has revealed that all modern domestic cats seem to have originated from either Turkey or Egypt.

Although cats haven’t always been ‘domesticated’ in the sense that we might think of today, it appears that their relationship with humans has always been mutually beneficial. When humans first invented agriculture, their grain stores were often plagued with rats. Cats helped to solve this problem and were therefore deemed as useful companions.

“I would say cats chose human company, but it was a commensal relationship – it was profitable to both sides,” explains Dr Geigl, of Institut Jacques Monod in Paris.

Thousands of years after cats became popular in the Near East, cats began living with Ancient Egyptians. When the Viking era began, the reach of Egyptian felines expanded rapidly due to the popularity of ship cats taken on trade routes to prevent rats from ruining food stores and chewing through ropes. This relationship allowed cats to spread far and wide across the globe, and there have even been reports of cats in Antarctica. 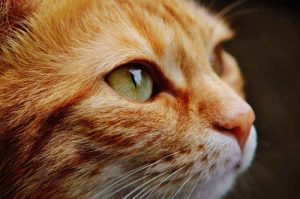 Despite their global domination, compared to many other animals, cats haven’t evolved very much during the domestication process. They are roughly the same size and shape as they have always been. Because cats have always been very good at catching mice, they didn’t require human intervention to make them become good hunters.

“There was very little breeding and selection going on in cats up the 19th Century, in contrast with dogs,” said Dr Geigl. “The cat was useful from the very beginning – it didn’t have to be changed.”

Although there are still plenty of questions to be answered, such as where the first Egyptian cats came from, this research offers us some enlightening insight into the history of our feline friends.