Below 1% of dogs entering US subject to screenings

The US has seen a steady increase in the number of canine diseases over the past few years, with reports of leptospirosis outbreaks occurring in the west and canine distemper virus (CDV) and influenza in Canada and Chicago. Now they might finally have an answer that explains these outbreaks, helped by screenings on entry.

A recent report released by the US Department of Agriculture (USDA) found that there are over a million dogs imported into the country every year. Each dog that enters the US should be subjected to a rigorous health screening to ensure that they are not carrying any diseases and are in good health before they are allowed to enter the country. However, the report revealed that less than 1% of the dogs entering the US are being subjected to these tests.

There are three main agencies that carry jurisdiction over the entry of dogs into the US, the USDA as mentioned above, US Customs and Border Protection (CBP) and the Centers for Disease Control and Prevention (CDC). The three agencies were directed by the 2018 Farm Bill Provision to provide an estimate on the number of dogs being imported into the country. 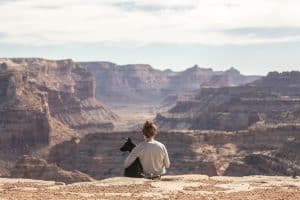 The data in this report which highlights the 99% of canine imports do not have screenings before entering the US is an important first step in remedying this issue. The current regulatory and statutory framework that is in place will need to be updated in order to protect the health of both the public and of the country’s animals.

The report recommends a change to the Animal Welfare Act that would clarify the role of the USDA to deny entry to any dogs intended for resale who fail to comply with the screening regulations. However, this change would only apply to 0.28% of the dogs currently entering the US and so the report also recommends tailoring a reasonably designed solution to resolve the concerns of dogs entering the country without the proper health checks.

Moving forward, the National Animal Interest Alliance (NAIA) will work closely with both the Department of Agriculture and Congress to protect the US from the introduction of foreign diseases by advancing federal policies that strengthen US import laws and regulations