New Dog Microchipping Law: What Does It Mean?

There are new dog microchipping laws that you should be aware of and what they mean for you.

Firstly, what is a microchip?

A microchip is a small electronic chip, about the size of a grain of rice, which is placed under an animal’s skin and contains a unique number that can be read by a scanner. The owner’s contact details relating to an individual microchip will be kept on an approved microchip database, so if your dog was to go missing, the microchip can be scanned by the authorities and your dog will be returned safely to you. The implant of a microchip takes seconds and is relatively pain free – it’s unlikely it will cause any more discomfort than a standard injection would.

So, what is the new law regarding this?

A few years ago, the UK government introduced new plans about microchipping dogs, and on the 6th April 2016, that legislation will come into action. From April, it will be compulsory for all dogs in England and Scotland over the age of 8 weeks to be microchipped. 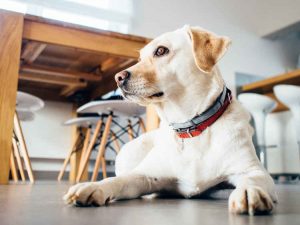 Why is microchipping my dog necessary?

In 2014, The Kennel Club made an announcement that over 60,000 dogs were reported missing between 2003 and 2014. According to the Petlog database, 75% of the dogs were reunited with their owners thanks to their microchip, but that still leaves an awful lot of dogs who weren’t. Microchipping your dog makes it much easier for them to be returned to you if they ever go missing. Asides from this, there are other intentions for the legislation:

What do I need to do as a dog owner?

If you haven’t already and they are over 8 weeks old, you need to get your dog microchipped before the 6th April 2016. There are a number of places around the UK offering to microchip dogs free of charge. It is thereafter your responsibility to keep the contact details linked to your dog’s microchip up to date.

Your vet may excuse your dog from being microchipped if they deem them unfit. For example, if they are very old or have a serious illness.

When the new law comes into effect, if a dog without a microchip comes to the attention of the authorities, you may be given a notice requiring the dog to be microchipped, and may face criminal prosecution and a £500 fine if you do not comply with the notice.