Believed to be the first in the area, Marjorie Summerfield set up the pet food bank in Dyserth, Denbigshire to help owners who are struggling to feed their pets. Marjorie has been running the Pet Rescue Welfare Association for 16 years and along with her husband Ivan, they also run a veterinary practice and day care centre.

After noticing a rise in the number of pets needing to be rehomed, Marjorie decided to take action and set up a pet food bank.

“If we can intervene before a pet has to be rehomed, surely that’s better for the animal and their owner,” she told the BBC.

Austerity measures mean that people are seeing their working hours cut or losing their jobs altogether, putting them in a difficult position in regards to looking after their pets. 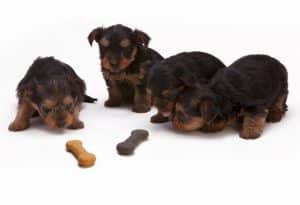 “If you ring any rescue centre they’re getting at least four or five calls a day from people saying “I’m having to rehome my pet because I can’t afford to feed it.”’

“Some people might say, if they can’t afford it then should they have a pet? But if you’ve had a pet for years but have had your hours dropped or lost your job or your home, what are you meant to do?”

The project is currently running off donations. The takings from Marjorie’s vet practice and day care helps to fund the care of animals they take in but she says that donations are keeping them afloat. She also runs events like dog shows and family fun days to help bring in funds.

One of the biggest problems they’ve encountered is finding somewhere to put their collection boxes and signs.  So far, their local Tesco store in Prestatyn has a collection box but they are hoping that more shops will support them in the future.

The Trussell Trust also works with pet food company, Webbox, to provide pet food at their food banks around the country.