Thelazia callipaeda, commonly known as ‘oriental eye worm’ is a potentially deadly infection that could spread across the UK. Three cases in dogs have been reported in the UK to date but specialists fear that it could spread rapidly.

The first ever recorded case of Thelazia callipaeda was in China back in 1910. It is for this reason that it is commonly known as oriental eye worm. By the year 2000, there were over 250 cases reported in humans across medical literature.

Oriental eye worm is spread by a type of fruit fly that feeds on the eye secretions of animals. When it lands, the fruit fly lays infected larvae. Cats, dogs and even humans can be affected this way and according to research from the Veterinary Record, it’s thought that the disease is able to spread across species. 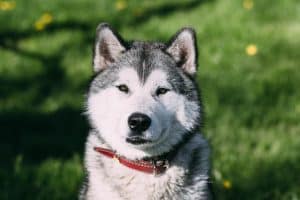 The species of fruit fly that spreads the disease has recently been found in the south of England. Experts are concerned that if these fruit flies become infected, wild animals such as foxes could become carriers of the disease and it would spread at a rapid rate across the country.

Symptoms of oriental eye worm include visual impairment, conjunctivitis and excessive watering of the eyes. Scarring and ulceration of the cornea can also occur which, if left untreated, can lead to blindness.

All cases reported in the UK so far have been discovered in animals that have recently travelled to affected countries such as Italy, France and Romania. The infection has already reached ‘hyperendemic’ levels in some places, such as the Basilicata region of Italy, where it is reported that over 40% of dogs may be infected.

Pet owners who have recently travelled to affected areas are being advised to look for signs of infection. Anti-parasitic eye drops can be given to infected animals.