Taking your pet abroad if Brexit ends in ‘no deal’

As the 29th March 2019 draws nearer, many are asking what will become of animal travel in the face of a ‘no deal’ Brexit situation? Currently, as part of the EU Pet Travel Scheme, pet owners can travel to and from EU countries with their pets as long as they hold a valid EU pet passport. If travelling for the first time, you must see an Official Veterinarian at least 21 days before you depart so that your pet can have their microchip checked and a rabies vaccination. You are then issued an EU pet passport which will cover all of your pets travel for their entire lifetime. But that could all change if a ‘no deal’ Brexit becomes a reality.

There are several slightly different outcomes for pet travel based on what category of third country the UK becomes after a ‘no deal’ Brexit when we leave the EU. The best scenario is that the UK becomes a Part 1 listed country, as this would have little effect on travelling with your pet and only minor changes to the required documentation. If the UK is listed as Part 2, then the requirements for travel would alter slightly. You’d still need to visit an Official Veterinarian 21 days prior to travel to have a rabies vaccination and get your pets microchip checked for their first trip but instead of being issued an EU pet passport that would last a lifetime, you would be given a health certificate. The health certificate would only be valid for entry into the EU for 10 days after the date of issue and would last for 4 months of onward travel within the EU. According to The Independent, the health certificates could cost as much as £60 and you would need one each time you wanted to travel. 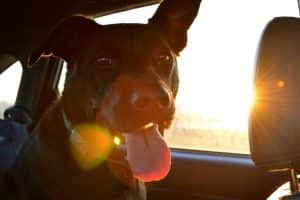 The worst case scenario for owners wanting to travel with their pets would be for the UK to become an unlisted third country. This would mean that pet owners would need to see an Official Veterinarian a full four months prior to travelling. Owners would have to prove their pets are sufficiently vaccinated against rabies by undertaking a blood titre test a minimum of 30 days after an initial rabies vaccination to show they had adequate levels of antibodies. As in the Part 2 scenario, a health certificate would be issued in place of the current EU pet passport. Once you arrived in the EU, the pet owner would need to report to a designated Travellers’ Point of Entry to show their pet’s health certificate along with proof of microchip, vaccination and blood test result.

“Leaving the EU with no agreement in place could lead to owners facing longer waits to get their pet cleared for travel and higher costs for the required vaccination, treatments and health certificates each time they leave the UK.”

The BVA has also estimated that owners would need to spend as much as £150 just to get their pets prepared for travel.