Top 10 most popular pet names in the UK

Choosing a name for your pet can be equal parts fun and daunting. Not only does it have to suit the pet you’re choosing it for, but it also has to be something you’d be comfortable shouting at the top of your lungs if things were to go awry some day – we all remember Fenton chasing the deer in Richmond Park don’t we?

For the past three years, Alfie has taken the top spot, but according to new research by pet insurers, Animal Friends, who looked at over 600,000 pet records, Bella has now taken the crown, with Poppy taking second place, knocking Alfie down to third.

It’s a slightly different story for cats however, with Charlie being the favourite for our feline friends, closely followed by Oscar, and then Alfie coming in third again. 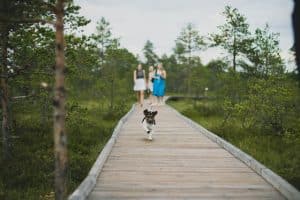 Things are also a little different when the results are examined geographically. While Bella is the top choice for dogs in London, Alfie remains ‘top dog’ up North, being the most popular pick for owners in Newcastle, Glasgow and Edinburgh.

It seems that the passing of some of our most-loved pop stars have had an impact on our choices too. The number of animals named ‘Bowie’ saw a massive increase of 573% since last year, with ‘Prince’ also rising up the naming ranks.

While most of the Top 20 names appear to be traditional, there’s no denying that pop-culture has a huge effect on the names we choose for our pets. There were 26 pets named after popular Pokemon character Eeevee, as well as appearances from names like Chewie, Zelda, Thor and Disney’s dinosaur star, Arlo.

“Popular culture is having a huge effect on the names we choose for our furry friends, which gives a good indication of how important film and music is to UK pet owners.”