Naming your pet is a big deal. It needs to be just right. You want your pet’s name to reflect their personality and in part, to reflect yours too. But you also need to consider how you’ll feel shouting it out in front of other people, particularly if you have a dog. Imagine how you’d feel if a video of you shouting your dog’s name went viral for millions of people to see. (Seven years on and I still can’t get the image of Fenton chasing deer out of my head.)

According to research by John Lewis Pet Insurance traditional pet names have fallen out of favour. Fido, Rover and Socks have been replaced by more human-sounding names. In fact, all of the names in the Top 10 for both cats and dogs are just as likely to be found in a classroom as they are at the vets. The two lists even contain many of the same names, with Bella, Lola, Daisy, Poppy, Molly and Rosie featuring in the Top 10 for both cats and dogs. 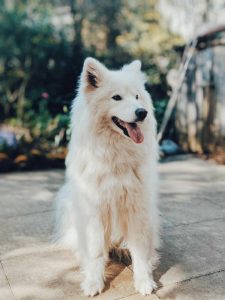 Floral names seem to be a big trend with Poppy, Daisy and Rosie all featuring on both lists and there seems to be a distinct lack of ‘male’ names on either list, with only 3 making an appearance in the Top 10 for dogs. Overall, the list doesn’t seem to differ much from last year’s list compiled by Animal Friends insurance.