Would you clone your pet?

After the passing of her beloved pet dog Samantha last year, Barbra Streisand used cells collected from her prized pooch’s stomach and mouth to have her cloned. Speaking to The New York Times about her deceased Coton de Tuléar, she said:

“I was so devastated by the loss of my dear Samantha, after 14 years together, that I just wanted to keep her with me in some way. It was easier to let Sammie go if I knew I could keep some part of her alive, something that came from her DNA.”

The result of the cloning process was actually four puppies. One of these sadly passed away, one was given to a friend and Barbra kept two for herself, now named Miss Scarlett and Miss Violet.

The news has caused outrage among some groups, such as PETA and the Humane Society of the United States. Ingrid Newkirk, president of PETA, issued a statement saying that “millions of wonderful adoptable dogs are languishing in animal shelters every year” and that “cloning adds to the homeless-animal population crisis”. 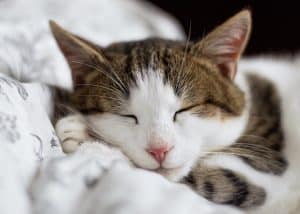 Since Dolly the Sheep was born in 1996, a lot has happened in the world of cloning. Scientists have now successfully cloned 23 different mammal species including deer, horses and cattle. The first British dog ever to be cloned, a four year old dachshund named Minnie Winnie, is now expecting puppies.

However, cloning your favourite four-legged friend doesn’t come cheap and can cost anywhere between $50,000 to $100,000 per attempt depending on which lab you speak to. South Korean-based Sooam Biotech has been cloning dogs since 2005 but admits that the cloning process only works around a third of the time.

If you are thinking of cloning your pet, it’s important to remember that while the cloned animal will share the same genes as your original pet, that they may not have the same temperament or behaviour. Even Barbra Streisand says of the puppies she had cloned from her original dog, Samantha; “they have different personalities. I’m waiting for them to get older so I can see if they have her brown eyes and seriousness”.